REFLECTING ON THE YAHARA

Murphy has participated in multiple Blink! projects, including two installations of full-size human figures rendered in fiberglass and lighted from within, as the figure for Reflections from the Banks of the Yahara River will be. “Girl on a Ledge”  first appeared on the roof of the Madison Children’s Museum, and “Hide and Seek” appeared at the edge of Olin Park on John Nolen Drive.

Murphy feels that this temporary exhibition along the Yahara River is a perfect setting for a glowing figure. Installed on the bike bridge at Jenifer Street, the human figure will be gazing at the river. The concept is to be a double entendre of the physical reflection of the image on the river as well as the seeming contemplative nature of looking upon a river flowing by and the act of self-reflection of the viewer.

The installation should be rather dramatic at night as that stretch of the river tends to be very dark, and the glowing but not overly bright figure will be noticeable. There will be pedestrian interaction at night when people are walking home from the bars and restaurants in the neighborhood when people would happen upon it. The figure will not be glowing during the day but will still be very visible to pedestrians and boaters using the river. 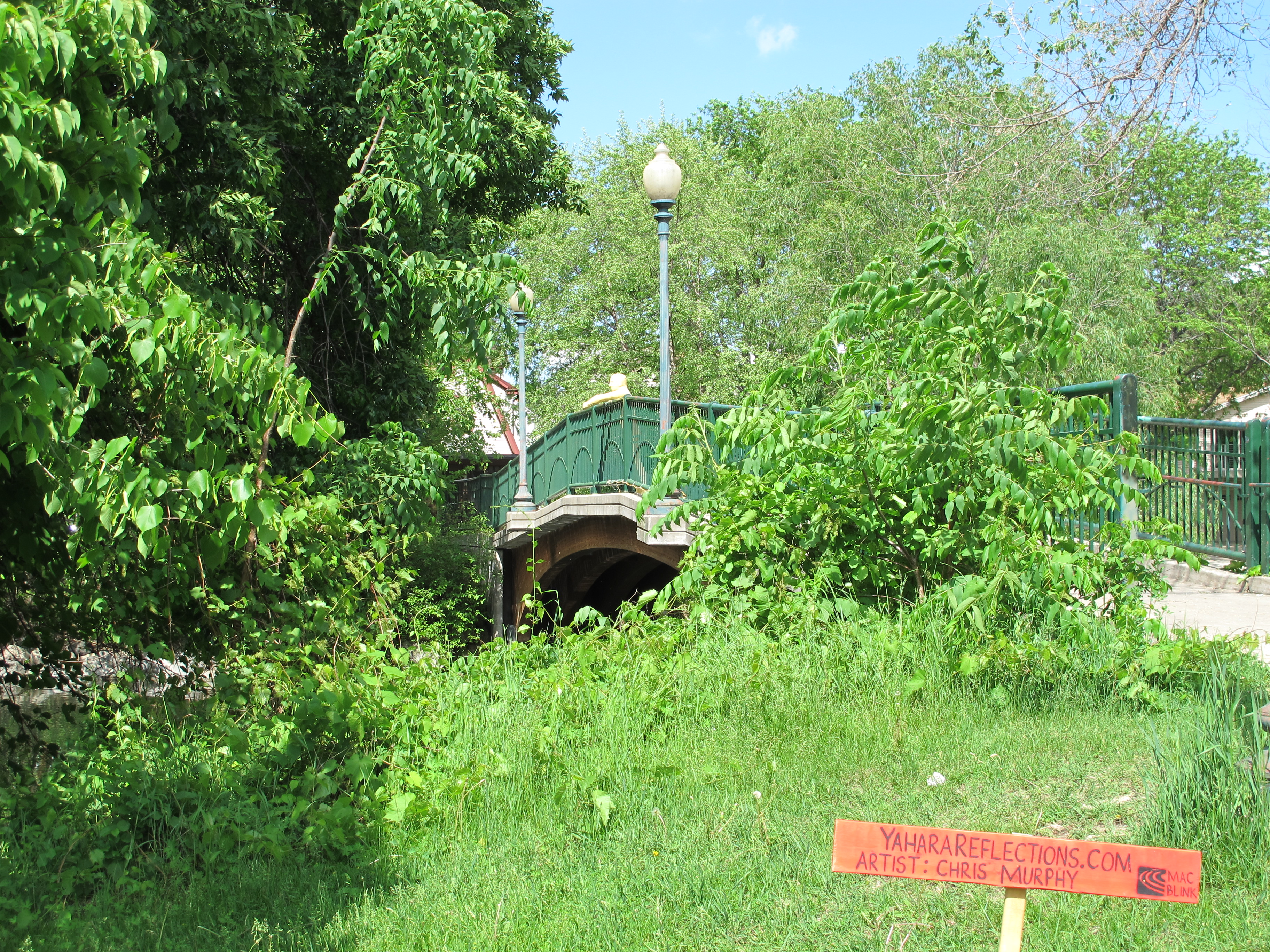 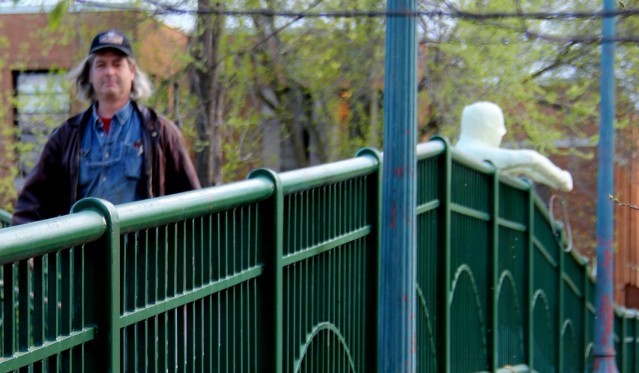 C Murphy’s sculptural obsession began with his work on Pail and Shovel’s “Statue of Liberty II” in 1979, in which a submerged Lady Liberty appeared on Lake Mendota. Murphy says the success of this public art experience steered him into the three-dimensional arena because “the public response with this potent symbol impressed me so much that I wanted the direct communication with people that public art affords.”

“The surprise of the unexpected and the joy of discovery are key to my recent body of work. More and more these days I find myself drawn to the interactive properties of figurative art in non-gallery situations. I love the way that the injection of art into a location can change the entire nature of the place. The presence of a figure triggers a subconscious primal response moments before the conscious mind can process and categorize. To me this primal visceral response is akin to the feeling I get from music and dance.”

See MyOwnDevices.org for examples of his work.